For this week’s episode, I had the deep honor and privilege to interview Marc J. Francis,
an extremely mindful human being, documentary director, producer, and cinematographer who has won worldwide critical acclaim for his films.

As a storyteller and seeker of wisdom Marc shines a light on the human condition by exploring the extraordinary stories of marginalized characters and unsung heroes in his signature immersive and intimate style. 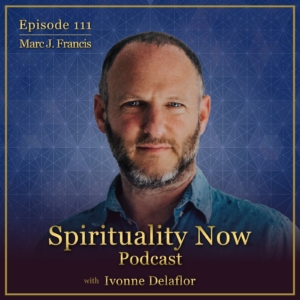 His most recent film ‘Walk With Me’ about Zen Buddhist Master Thich Nhat Hanh, featuring Benedict Cumberbatch as narrator, launched at the SXSW Film Festival and was a global box office hit before being released on Netflix and Amazon. Its sister project ‘Walk With Me In Sound’ is a meditative audio experience, due for release in 2021 by Penguin Random House and Sounds True.

His current directorial work includes a documentary featuring Elizabeth Gilbert (Author: ‘Eat, Pray, Love’) and her former Syrian-American partner Rayya Elias – who passed away after being diagnosed with inoperable cancer. Capturing Rayya’s final months with those closest to her, the film will be a profound insight into what it means to grieve and to live life fully.

Marc’s early directorial work includes ‘Black Gold’; described as “riveting and draw-dropping” (LA Times), it premiered at the Sundance Film Festival winning worldwide critical acclaim, and went on to be released in over twenty countries around the world. Black Gold, which follows the campaigning efforts of an Ethiopian coffee union leader, is credited with propelling the Fair Trade movement. Marc followed up with ‘When China Met Africa,’ –  a multi-broadcast project with the BBC, Arte France, and the Sundance Institute.

As an Executive Producer and story consultant for filmmakers and production companies, Marc has established relationships with leading broadcast and distribution organizations worldwide, including the BBC and The Guardian, and helped others shape and tell their own stories.

He is also the co-founder and creative director of his own production company – Speakit.

During our conversation, the energy of mindfulness and presence was powerful, and the wisdom that Marc shared with us about, faith in spite of fear, trusting yourself, following the call of your soul, and living a life of true fulfillment vs. empty success, is a needed conversation that the world needs these days more than ever before.

Visit https://delaflorteachings.com/faith to receive the “21 Days of Faith in Action Course” as our gift to you. 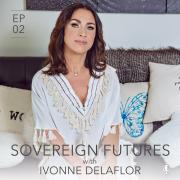 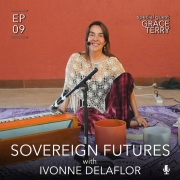 009 – The Future of Healing Through Sound with Grace Terry 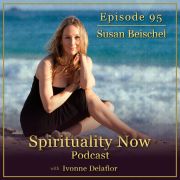 095 – The Spiritual Power Behind Your Skin 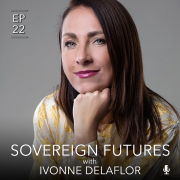 099 – Becoming an Alchemist of Light 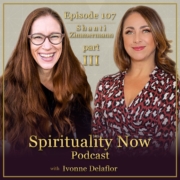 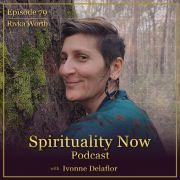 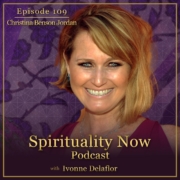 109 – Be Brave Today with Christina Jordan

110 – Stepping out of Fear and into your Life Purpose Work with Amanda...