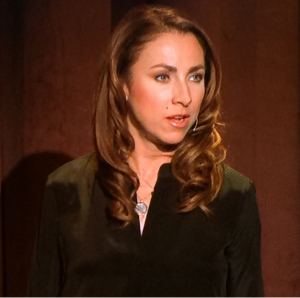 Ivonne  is a mindfulness & transcendental meditation practitioner for many years. At the age of 7 her Mother was diagnosed with Multiple Sclerosis and she became committed to find through spirituality and healthy living a way to support her mother and many others. She survived a Near Death Experience at the age of 17, where she lost an arm, almost a leg, and which arm was reattached to her body, she remained awake during the whole process and experienced an altered state of consciousness that allowed her to choose a different future after receiving what she calls her second chance of being alive.

She has been  obsessed since then to create conscious education platforms that help people use  spiritual teachings in practical manners,  restore faith in themselves, in God within and love for life.  And attributes all her close encounters with death, her mother, her grandfather and herself, to her infinite love for life and the feeling of MORAL DUTY she feels every day, to be of service to humanity.

Her first non-Profit organization, MASTERY LIFE ,  brought well known teachers like Doreen Virtue, Alan Cohen, Chick Moorman, and many more to Latin America delivering conscious education to the communities and donating profits to orphanages, schools and those in need.  She has created 100’s of online programs for herself and others, self- published 17 books, has been mentored by the best mindset, spiritual, leadership teachers in thew world like Tim Grover, Brian Tracy.  She created the movement called FAITH IN ACTION that went viral in Latin America, while she was going through a hard stage in life through a divorce.

She created the Network of Human Empowerment, now a Television channel that can be found through ROKU TV, Is the creator of The Higher School for Conscious Evolution,  Creator of the Sacred Geometry Art called: The Codes of AH, Creator of the Transcendental Rebirthing System, Host of two different podcasts, one of them bilingual called SOVEREIGN FUTURES,  and has donated most of her work to charity, autism, eating disorders, and tsunami relief organizations.  She has lectured at Universities, online summits, the Delta Mastermind, CICx Collective, and many private and public events in both the U.S and Latin America,  mostly on the subject of SELF FAITH, taking ONE’S TURN IN LIFE, and Heroic Transformation.
.
Ivonne graduated in Business Administration in Mexico City,  has certified as a hypnotherapist, as a clinician in Family Constellations, a Raw Vegan Nutritionist, attended  the School of  THE WORK of Byron Katie, its a certified Total Awareness Coach, has studied with Shaolin monks in China the art of CHA DAO, Gong Fu Tea and Tai Chi.

She is the CEO & President of Delaflor Teachings Inc, a Spiritual based Coaching and Consulting Company serving individuals & companies to understand the technologies of consciousness, the proper use of mindfulness and the importance of heart centered leadership to create  sustainable human transformation.

She has recorded three music CD’s, one is published on Itunes, Ancient Mantras chanted for Modern Times, Called BENEVOLENCE.

She has traveled the world to meet the greatest spiritual teachers of our times like Amma, Satya Sai Baba, the Kriya Yogis in the Himalayas and more. Ivonne produced a documentary film called  UNITED STATE OF MIND, filming the great minds like those of Ram Dass, Barbara Max Hubbard and many others (Documentary is expected to be released 12/20)
Ivonne is obsessed with eradicating third world consciousness mentality,  believes that ignorance is more expensive than education, and continues to serve her community as a futurist and spiritual teacher in any way that she can possibly serve.

Most recently, she founded The International School of Futuring a school facilitating the teachings of: MAPPING THE FUTURE, Quantum Physics, Thinking with the end in mind, and Future Leadership to help individuals, communities, and businesses to use the past as a place of reference not of residence, and create brilliant futures for our humanity in all areas of the human experience.

Ivonne is a proud mom of 3, and is a self declared lover of God, of Humanity and of the power of the Human Spirit.