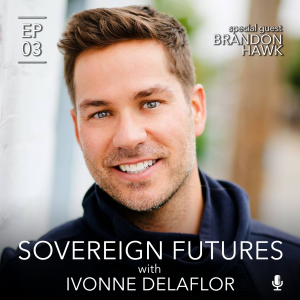 Visit https://delaflorteachings.com/futuring to learn more about how to design your desired futures and receive a futuring journey audio meditation in either English or Spanish.

I have recently talked with Brandon. He is truly one of the most embodied, spiritual, and grounded beings that I’ve met throughout my life.

I met him in a Mastermind speaking in Austin; and his message really moved me because I think the message that he has is for businesses and entrepreneurs, spiritual people, and any human being whose time has come.

Brandon grew up in Texas and is the son of a professional bull rider. He grew up, playing sports and being a sports prodigy per se. Latin American culture is a culture that he loves and is dear to his heart.

He had very fond memories of Mexico, especially because it was a place where he thinks he was very successful. His tennis career was a real blessing for him in many ways. But the biggest one was because he got to experience at an early age that the outside success does not fix what’s going on inside of him.

At the age of 20, Brandon played in Wimbledon, and that was his dream as a little boy. He said that Wimbledon did not fulfill or complete him and that it left him in a place of great pain because of all the work that he put in.

For him, having the external success that feels good and that is in connection with his soul, is the kind of success that he wants. He calls it ‘connected success’.

That led Brandon to be a pastor. He was a senior pastor at a very early age because he had a communication gifting and he has the ability to draw large amounts of people.

He was able to build a congregation to 750 people coming every week to hear him speak. He created a school of transformation. He loves to lead leaders so he stepped away from being a pastor. Because for him, his beliefs started to change and it was no longer in alignment with the denomination that he was in.

Now, Brandon took his school of transformation and created a coaching company where he had been coaching executives, entertainers, and professional athletes, for the last 10 years.

For Brandon, the hardest part is to step into value. Oftentimes, you have to step away from familiar structures and step into an unknown land. He thinks that taking that step takes a lot of courage, but that’s where the great value is.

He sees his future as a spokesperson for the great liberation of the heart. He knows that emotional abandonment is the greatest pain on the planet right now. He said he feels a deep calling within his soul to resolve that and also transmute that energy for great clarity and a great elevation of consciousness on the planet.

Our discussion ended with this phrase: the spirit of adoption. Brandon noted that we are no longer orphans. We are true sons and daughters of an abundant universe.

To learn more about how to design your desired futures and receive a futuring journey audio meditation in either English or Spanish, visit https://delaflorteachings.com/futuring 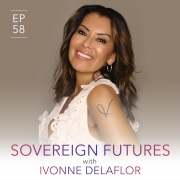 058 – The Grace of Cancer with Veronica Villanueva 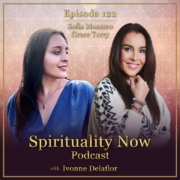 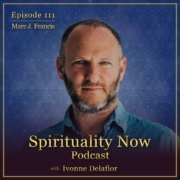 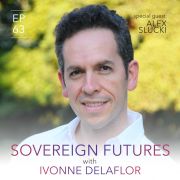 063 – The Role of Humanity in This Time of Ascension 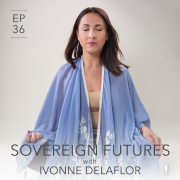 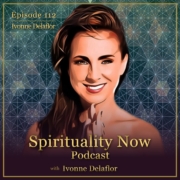 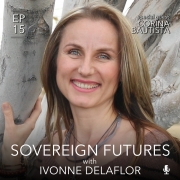 015 – Kundalini Yoga and The Future 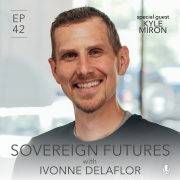